The team at Gas Energy Australia is responsible for delivering the Board's strategic priorities and is dedicated to working proactively and constructively with governments, industry, community groups and the media to improve appreciation of the contribution the gas sector makes to modern Australia - economically, environmentally and socially... 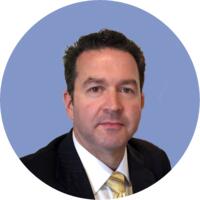 Brett was appointed CEO of Gas Energy Australia in January 2022. He is a Board Member of the Australian Gas Industry Trust and a Director of Gas Industry Education Pty Ltd.

Brett served as Senior Press Secretary to the Deputy Prime Minister of Australia, Leader of The Nationals and Minister for Infrastructure and Regional Development (2011-16).

Early in his career he amassed extensive experience across a variety of fields, including as a metropolitan journalist in Melbourne before first foray into politics as Media and Political Advisor to a string of federal MPs.

Making the switch to industry strategy, advocacy, government relations and communications, he was General Manager - Public Affairs for the National Farmers' Federation (2006-11), Public Affairs Manager for the Australian Private Hospitals Association (2002-06) and Media and Communications Manager for the National Health and Medical Research Council (2000-02).

He holds a Bachelor's degree from Deakin University with a double major in Journalism and Political Science, as well as sub-majors in International Relations, Economic and Social Studies, Policy Studies and History.

In December 2021 Brett was appointed to the Board of the Combat Institute of Australia (CombatAUS) - the national elite high performance program for Australia's Olympic and Commonwealth Boxing, Fencing, Judo, Taekwondo and Wrestling teams.

Darryl has been with GEA for more than a decade, managing and coordinating the development of technical policies for the Association and its members, covering safety, industry practice, standards, regulation and training.

Armed with these policies Darryl advocates on behalf of the GEA with Australian governments at all levels, state authorities, industry and
statutory bodies, and the broader community.

Darryl has worked in the energy sector for over 40 years, including with ACTEWAGL (an energy provider based in the Australian
Capital Territory). He has amassed experience across all aspects of the electricity supply industry from generation, transmission, distribution,
and domestic electricity supply. Darryl also has project and policy experience in telecommunications, natural gas and renewable energy projects.

Darryl holds a Bachelor of Electrical Engineering (Honours) degree from the University of Central Queensland.

Melissa joined GEA in 2018, taking responsibility for our engagement, consultation and collaboration in the development of industry policy. She has helped to inform and drive our policies across federal, state and territory political spheres, government departments, regulatory authorities and community-based bodies.

She has worked on a number of pressing issues facing the gas sector, including gas' transition to renewable, net zero technologies, advocating for the role gas plays in homes and businesses, emerging transport purposes, and incentives to increase recognition and uptake of net zero gases.

Working closely with other gas industry stakeholders, Melissa is a member of the Gas

Prior to GEA, she worked for the Accor Hotel group developing regional campaigns for travel and hospitality businesses and developed strategic policy issues relevant to the tourism industry.

Melissa holds Bachelor of International Relations from the University of Wollongong with a double major in Government Relations and Policy. 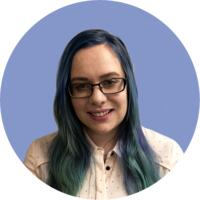 Tahnee joined GEA in 2018 in the Communications Coorodiantor role, bringing a highly creative, dynamic and professional approach with a forward-thinking mindset and extensive experience in Graphic Design.

In 2022 she also took on the Office Manager role.

Committed to understanding the latest trends to provide the Association with excellence in design services. She is highly proficient in Photoshop, Illustrator, InDesign, Acrobat, Aftereffects and Dreamweaver.

She has worked on a range of projects at GEA, assisting with the LCC27 promotional material, improving social media communications, and designing various documents, such as our Annual Report.

Tahnee holds a Bachelor of Graphic Design and Honours in Arts and Design from the University of Canberra.

Gaslighting over costs of energy switch